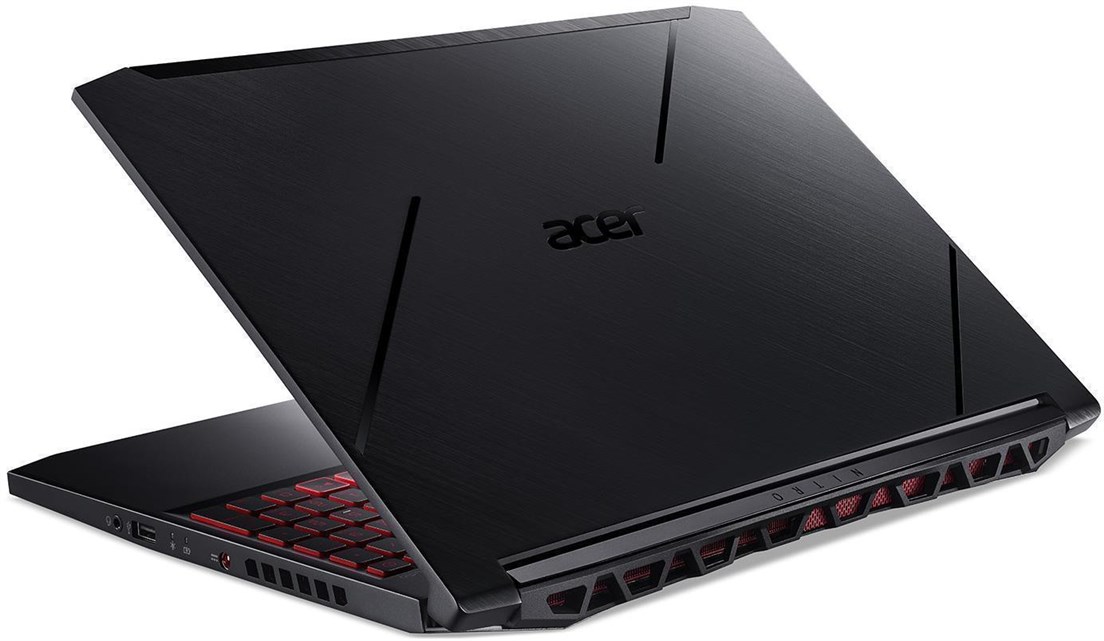 The NEW Acer Nitro 7 (2019) with Nvidia GeForce® GTX 1660 Ti graphics is built with the breakthrough graphics performance of the award-winning NVIDIA Turing™ architecture. With performance that rivals the GeForce GTX 1070 laptop GPU, it’s a blazing-fast supercharger for today’s most popular games, and even faster with modern titles.

Reign over your games with the combined power of a next-gen Intel Core i5-9300H Processor and the latest Nvidia GeForce GTX 1660Ti 6GB Graphics. Configure your Nitro 7 for maximum speed and massive storage with two slots for M.2 Gen3 x4 PCIe SSDs using NVMe technology in Raid 0 and up to 32GB DDR4 RAM.

Explore all of your games in even greater detail with the incredibly sharp visuals of the Acer Nitro 7's 15.6" Full HD IPS Matte Display with 144Hz Refresh Rate. With a screen to body ration of 80% with narrow 7mm bezels, savour the visual experience.

THE KEY TO VICTORY

Commands are just a touch away with the dedicated NitroSense Key, while the WASD and arrow keys are highlighted for easy location. Enjoy the tactile feel of the Acer Nitro 5 keys with a travel distance of 1.6mm. Add excitement to your gaming and play in the dark with the red backlit keyboard.

Get amazing performance and image quality while livestreaming to Twitch or YouTube. GeForce GTX 1660 Ti’s dedicated hardware encoder delivers 15% better efficiency than the prior generation and is optimized for Open Broadcaster Software (OBS).

Now, your plugged-in laptop runs much quieter while gaming. This mode intelligently paces the game’s frame rate while also configuring the graphics settings for optimal power-efficiency.

Lose the laptop charger and game on the go. NVIDIA Battery Boost™ delivers the performance and extended battery life you need to outgun your opponents.

This powerful photo mode lets you take professional-grade photographs of your games like never before. Capture and share your most brilliant gaming experiences with super-resolution, 360-degree, HDR, and stereo photographs.

Get an edge online by taking control of your network and prioritising your gameplay with the Acer Nitro 7's Killer Ethernet E2500 port. Effortlessly stream your gameplay with Gigabyte Wi-Fi 5 with 2x2 MU-MIMO technology. Plug all of your peripherals into the full range of ports, including HDMI 2.0, USB Type-C and more. Capture and share videos, screenshots, and livestreams with friends. Keep your drivers up to date. And optimize your game settings. GeForce Experience™ lets you do it all. It's the essential companion to your GeForce laptop.

Record and share high-quality gameplay videos, screenshots, and livestreams with your friends.

Get the highest levels of performance—and the smoothest experience possible—from the moment you start playing.